More than the other Italian philosophers who were his contemporaries, Bruno deserves to be called a forerunner, if not a founder, of modern science and philosophy.” Collier’s Encyclopedia

Giordano Bruno
Although there are no science books, no documentaries or feature films about Father Giordano Bruno, this Renaissance philosopher, astronomer, mathematician, priest and mystic was one of the most important thinkers and prime movers of our modern age. Bruno was the first human being to correctly describe the basic structure, size, composition and potential of the universe. The stars were suns, by god!
Bruno was making arguments about the existence of other star systems and inhabited extra-terrestrial worlds when his proto-scientific “one-world” contemporaries were arguing about whether the earth or the sun was the center of the universe. While Bruno affirmed the heliocentric theory advanced by Copericus a generation before, Bruno’s own cosmology took this idea to it’s logical conclusion. For Copernicus, Galileo, Tycho and Kepler, the universe was limited to one sun and one world (Earth). Everything else — the moon, the stars, and planets — were part of a “celestial sphere” that circumscribed the Earth or Sun. The stars were not thought by them to be suns, nor the planets independent worlds but, rather, little heavenly lights that moved around the Earth or Sun in various ways. It was only later in life that Galileo, aided by his telescope, came to believe that the planets were, themselves, worlds. Bruno had been saying this, and much more, decades earlier without anyone taking him seriously, except for maybe the Catholic Church which burned him at the stake for it, among other things.

The Modern Universe Bruno perceived quite clearly without a telescope that the universe was much more than just the Sun and the Earth and a bunch of “stars.” For one thing, he could comprehend no end to the universe, for he, like Nicholas of Cusa before him, believed that the universe was in fact infinite in size (how could it be otherwise?), not primarily or just a place where man acts out his moral and spiritual life before the “Divine.”
Bruno’s cosmic revelations were induced not so much by pure abstract reasoning as from objective physical observation. The stars shine. The stars twinkle, and, if you take away the twinkle they appear to be round in shape. Well, (guess what?) this is because they are Suns, not just little points of light that go twinkle in the night. Big fat eureka! As for the planets, these were worlds unto themselves, not just “wandering stars.” Pretty wild stuff!
Complementing his observation that the stars shine and look like suns that are very far away, Bruno reasoned that since the universe (God) is infinite, the stars should be very far away, indeed. This would account for the stars appearing so small (alas!), for it was a known fact that objects appear smaller and smaller the farther away they are.
This simple idea led him to the watershed which is our modern view of the universe, for Bruno’s observations about the universe remain true or intuitively valid to this day. Only now was it logical to conclude that the stars will have planets (Worlds!) revolving around them, just like here! Not only this but some of these planets will have all manner of life on them, including intelligent life! For why would God create so many worlds and not populate them? It was inconceivable to Bruno that human beings could be the only mortal intelligence in such a universe.
For Bruno, the question of who or what was the center of the universe was moot, for in an infinite universe, the center had to be both everywhere and nowhere. Thus, the center of the universe was wherever the observer happened to be, which meant that our perception of the universe is relative. This very advanced idea, this predisposition toward and emphasis of the objective analysis of nature and of man as a subjective percipient of nature was one Bruno’s most important and enduring notions, one that bears itself out today in Einstein’s own relativism.

The Wandering Life
Soon after being ordained a Catholic priest in 1572, the young Bruno was suspected of heresy due to his unorthodox attitudes, and was sent back to the Dominican convent in Naples where he had begun his theological studies as a teenager. While there he continued to read and freely discuss forbidden works and ideas, such as those of the infidel Erasmus and those attributed to the mysterious Egyptian sage Hermes Trismagistus, much of which seemed to contravene the divinity of Christ. For this reason, Bruno was probably the most widely read man of his generation. In January 1576, a trial for heresy was prepared against him, but rather than face the uncertain consequences, he fled to Rome. A second excommunication process was started, and in April 1576 he abandoned the Dominican Order and began a wandering life.
The Catholic Church excommunicated Bruno, so he converted to Calvanism. After publishing a broadsheet critical of a certain Calvanist professor, Bruno was arrested and excommunicated again, by the Calvanists. After a long rehabilitation and retraction, he was allowed to leave Geneva. He then moved to France where he found favor and tolerance from the King of Navarre, heir apparent to the throne of France. He soon became a lecteur royaux.
Several years later he moved to London where he stayed as a guest for more than two years (27 months) of the French Ambassador in London. But after criticizing the pedantic aristotelian views of the professors at Oxford, regaling them with the brilliant Copernican theory and proof, he was run out of town and soon enough out of England altogether.
Bruno moved to Germany and became a Lutheran. But again he was critical of certain Lutheran doctrines and he was promptly excommunicated a third time, by the Lutherans. The world of 16th century Europe just wasn’t ready for the free thinking Bruno.
Although Bruno’s ideas and observations were laughed off as wild and unprovable by Galileo (1564-1642) and the rest of educated europe, the Catholic Church was not laughing. Fifty years earlier, Copernicus had kept a very low profile for his heliocentric (sun-centered) theory of the cosmos, never publishing his “De Revolutionibus” for fear of reprisals from the thought-controlling Church. Bruno, on the other hand, was a loose canon, as he affirmed, publically, loudly, the system of planets advanced by Copernicus. Bruno’s cosmic and philosophical notions were not only entertaining to the aristocracies of Europe in a strangely fascinating way, but they offered a philosophical wedge between themselves and the long, draconian arm of the Church.

Science sans Magic
Because Bruno’s methods and ideas were often considered “magical” in nature, modern science finds reason to dismiss Bruno. But science had not even been fully developed yet! What scientists fail to understand is that “magic”, as it was understood in Bruno’s day, was not a Brothers Grimm or Walt Disney variety of magic. Elves and fairies had nothing to do with it! Magic was an intellectual tradition and philosophy thousands of years old, one whose principle tenet was that the mind of Man was in it’s own right a proactive engine of creative thought and discovery.
The similarities between magic and science are striking. Both assume that people can understand the universe in which they live, which is the goal of both. Both believe that nature proceeds in orderly sequences of known events, events that can be understood and thus used to produce desired outcomes. The Church objected to both procedures since it was only through the Church that Man could understand, entreat or have communion with nature and the Almighty. If man could do this on his own through independent study and investigation, then this would undercut the monopolistic political and moral authority of the Church, which, of course, was unacceptable.
The idea that nature could be understood by systematic investigation and experimentation was magic’s contribution to science, as it later evolved. Alchemy was nothing less than systematic experimentation whose goal was the production of gold from lesser metals. The fact that alchemists never found a way to transmute lead into gold does not mean that they weren’t practicing an early form of chemistry; it only means that alchemists were unable to rearrange the protons and electrons of lead to make gold. Physicists today still can’t do this.
All philosophies are either monist or dualist. Monists, like modern-day scientists, believe that the material world is the only world — hence materialists. Dualists believe in a binary universe, that there is a spiritual world in addition to the material world. The word “science” comes from an indo-european root meaning “to cut” or “to separate.” The same root led to the word “shit”, which means to separate living flesh from nonliving waste. The same root gave us “scythe” and “scissors” and “schism”, which have obvious connections to the concept of separation. “SCIENCE!” (word!) What Bruno wanted very much to do was separate religion from philosophy; ah, but The Church in Rome wasn’t having any…yet!

Bruno the Unknown
So why has science ignored the contributions of Bruno? Why is it hard (or impossible) to find more than a few perfunctory lines about Bruno in any astronomy text? Why is it nearly impossible to find a single book about one of the most fascinating characters in history in the New York Public Library, among others? Maybe it’s because Bruno arrived at his century-leaping revelations with little more than his eyes and brain (alas!).
Maybe it’s because of some unspoken scientific tenet which says that cosmological discoveries of this magnitude must be made by degrees, through painstaking and complicated technical procedures and proofs, not holistically realized by one person almost overnight! Maybe Bruno was so far ahead of his time that the world just forgot about him.
It may be okay for a civilization to marginalize and forget the source of it’s ideas and values, but the oversight has left a hole in our world so large that an advanced extra-terrestrial agency could drive a comet through it. And did!
Bruno gave us the moral and ethical right to eschew the illogical and largely arbitrary pedantry of religious authority and paved the way for the romantic age to come with his expanded concepts of love. He opened a universe to logical consideration, a universe we are still trying to catch up to. The prime-mover and heavy-lifter of a new age, the Age of Reason, it was Bruno who first coined the phrase “Libertas philosophica” (philosophical liberty). Indeed, Bruno’s ideas provided the essential intellectual and ethical ingredients for the Age of Enlightenment — or at least it’s idea — almost two-hundred years later. The eclecticism of his scholarship at the beginning of the scientific revolution laid the important groundwork for modern philosophy and the new science, it’s offspring, and greatly influenced the writings of Baruch Spinoza.
Father Bruno probably did more to advance science, our modern philosophy and notion of “objective reason” than Galileo and Copernicus combined. He was the one at the front doing the serious work for all his “outrageous” causes. And since the Church imprisoned him for eight years and burned him at the stake (unlike Galileo later, Bruno did not recant his views), Bruno must also be remembered as a martyr for modern Western civilization as we enjoy it today.

2 thoughts on “Father of the Modern Universe” 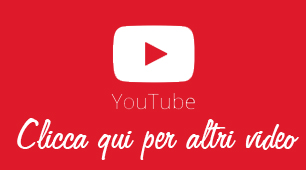